Things to know about the Beautiful City of Bath

Here at Bath Business Web Ltd we do like to know about the fine City of Bath which we work in. It always helps wit the local pub quiz or just impressing our friends at parties. So I have listed a few little gems about Bath, its history and some of its peoples, past and present 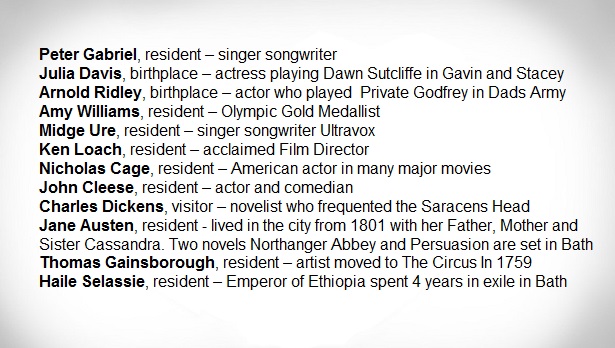